About the Maithree Vihara 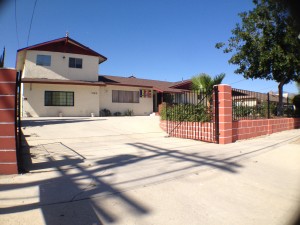 Maithree Vihara Buddhist Meditation Center was established in 1992 under the auspices of Venerable Dr. Ittepana Dhammalankara Nayaka Thero.  The Temple facility was a generous gift donated by Dr. P.M. Sarathchandra, his wife Dr. Kumari Sarathchandra and their sons Dr.  Darshana and Panditha Sarathchandra.  Their donation goes down in the annals of history as the largest such donation made by a Sri Lankan in the last century.

The primary objective of Maithree Vihara Buddhist Meditation Center is to make the Buddha’s teachings available for daily learning and practice for the public.   Since its inception, we are encouraged and supported both by the Sri Lankan immigrant community and the non-Sri Lankan communities in the USA.

Venerable Dr. Ittepana Dhammalankara is the founding President and Abbot of Maithree Vihara.

Venerable Pallebage Chandrasiri served as the Resident Abbot for 12 years from 1994.

Since 2005, Venerable Punyasiri is the incumbent abbot of Maithree Vihara. 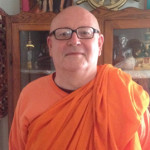 Venerable Dhammananda (Roger Jahnke)   is a resident Monk of Maithri Vihara Buddhist Meditation Center in Sun Valley, CA. Dhammaananda is a teacher of pristine Theravada Buddhism, Anapanasati Meditation and an engaged Buddhist serving the community. As a Temple Monk, he is an active participant in devotional services conducted at Maithri Vihara.

His principal Buddhist teacher is the Ven. Aparekke Punyasiri Thero, Abbot of Maithri Vihara. While Dhammaananda was a resident of South India, he studied Yoga and Meditation with TKV Desikachar.

Dhammaananda Bhikkhu was born in the Rocky Mountains of Colorado. He became Buddhist at 14 and attended college in Boston Massachusetts. Following graduation he moved to South India where he was a teacher for several years. Prior to ordination as a Theravada Monk, he had a secular career as an Analyst underwriting complex commercial transactions for financial institutions throughout the State of California.

Show Your Support!
Here at the Maithree Vihara Buddhist Meditation Center the resident monks live off of alms so we always welcome anyone who is interested in helping the Buddhist community and showing your support, so that we may continue to spread the Buddha's teaching.

Click the button below to help support our community.